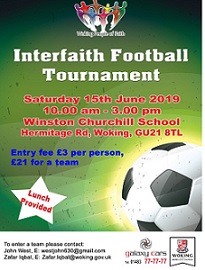 On a changeable day weather-wise, 9 teams came together to play 6-a-side football at the Winston Churchill sports centre.  The teams consisted of 3 x Muslims teams, 3 x Christian teams, 1 x Refugee team and 2 x teams from the Big Leaf Foundation.  A league system was adopted, and the teams played many games which they did well to get through.  There were a couple of rain showers but in general the weather was reasonable to play in.  The teams played for a cup and a plate.  The cup winners this year were Shah Jahan Mosque and the plate winners were Emmaus Road Church.  Mayor Beryl Hunwicks awarded the trophies and medals.  Fun was had by all, not to mention a large and delicious lunch.  This year was remarkable because of the number of spectators and the friendliness of the teams towards each other - long may that continue!

We received the following from The Big Leaf Foundation:  "Thank you so much for welcoming us to the tournament yesterday.  It was a wonderful day and brilliantly organised, and the lads all said how much they'd enjoyed it. That kind of open, welcoming and non-labelling atmosphere of community is not something readily available to some of our young people, and we honestly appreciated the chance to be part of it.  The day underlined the power of sport, and in particular football, in giving people to chance to inhabit a space in which division is pushed aside, differences become irrelevant, and a sense of belonging and shared endeavour is emphasised.  Please can we come again next year?! The boys said they are determined to beat Shah Jahan, one day..." 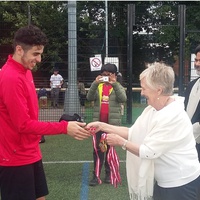 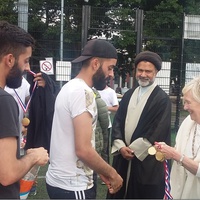 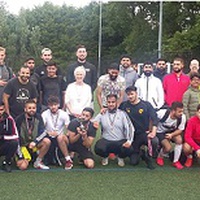 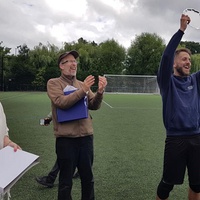 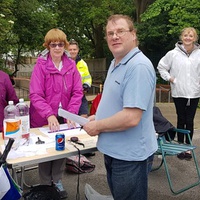