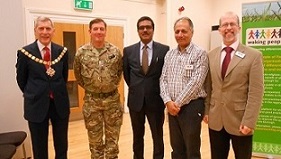 An audience of 28 people saw and heard two excellent speakers, explaining the views and  the roles of the institutions of the army and the police in Diversity and Inclusion. The event  was organised by Woking People of Faith on Sunday 19th November to mark interfaith  week. Lt-Col Graeme Macpherson spoke about the ways that the army have been working  to develop and include individuals from a wider range of communities. They have changed  and improved access to joining the army to try to keep aligned with the changes in attitudes  in society. Not only does the army work to encourage people of different ethnic and religious  communities but also members of the LGBT communities. He acknowledged that the army  has had to change and listen to the concerns of society. However, he made the point that in  the case of drugs, he would not be in favour of allowing - or encouraging the recruitment of – drug-takers in the military, not least because the individuals may have the responsibility of  dangerous equipment or weapons or for large numbers of personnel. From the Police,  Patrick Samuels, the Head of Chaplaincy and Interfaith, who works in the Diversity  Directorate section, explained how the police have also had to ‘move with the times’ and this has not always been easy. However, the institution – like the army - continues to try to hit its  quotas on ethnic, religious and LGBT communities. The police are very aware of the  potential ‘police culture’ problems that there can be inside the institution. Patrick went on to  speak about the consequences of not including groups and how exclusion can lead to  violence. He used the example of a trip he and another member of the Diversity Directorate  took to Bosnia. He explained how the communities had deep differences for centuries which  had been suppressed by the creation of Yugoslavia. The problems had never been  addressed and – after the fall of Communism in the early 1990s in Eastern Europe, the  country fell apart and the hatred resurfaced resulting in war and many war crimes that are  only being addressed today. The two speakers then answered a number of questions on the  topic enabling them to give greater depth to their talks. However, one questioner was asked  by Patrick Samuels to speak to him later as the question related to operational policing  matters as he was not involved in those issues. The event concluded with a vote of thanks  from His Worship, the Mayor of Woking, Councillor Graham Cundy to the speakers and  Woking People of Faith. 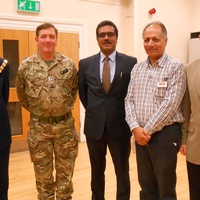 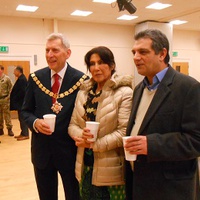 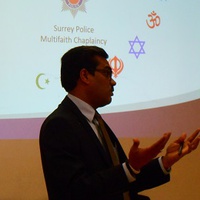